Where Have All The Flowers Gone - Armistice Pals 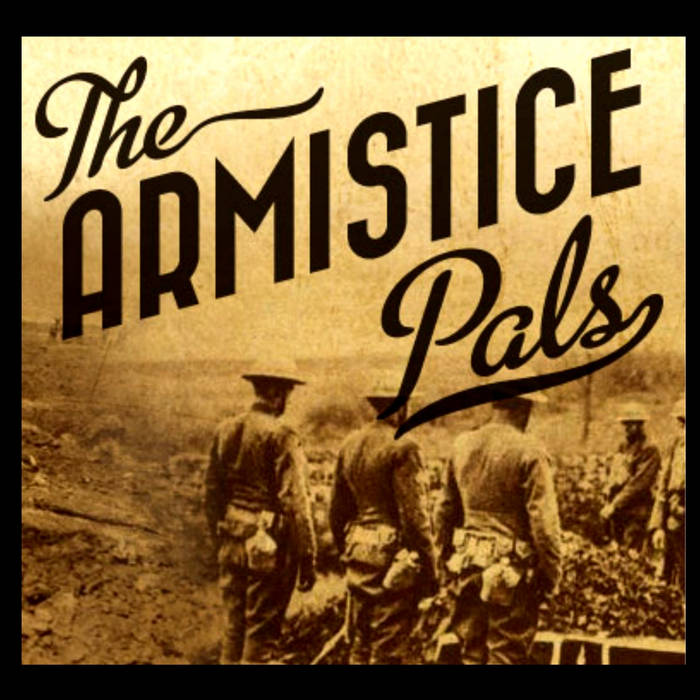 IF YOU WOULD LIKE TO ORDER A 3 TRACK CD WHICH INCLUDES PEGGY SEEGER'S RENDITION OF HER UNCLE ALAN SEEGER'S POEM 'I HAVE A RENDEZVOUS WITH DEATH' AND 'EMERALD GREEN' BY MERRY HELL, PLEASE EMAIL ARMISTICEPALS@HOTMAIL.COM AND WILL WILL LET YOU KNOW WHEN YOU CAN PLACE YOUR ORDER

* To record a song which Pete Seeger loved, in honour of his memory, in the year of his passing
* To release an anti war song which involves a cross section of the musicians immersed in the folk world, all singing the same song, in this commemorative year
* To raise money for charities who support peace, equality and peaceful solutions to conflict
* To achieve radio play across the BBC Network and the community radio stations across the country/internet and hopefully be played/play listed on BBC Radio Two
* To ignite the interest of the general public regarding their local folk scene, to enable more people to enjoy a communal singing experience and encourage them to express themselves through song.

Commemoration with a difference – all folk/dance clubs and singers sessions across the land are invited to take part in a grass roots community celebration of the folk scene. It is spearheaded by the organisers of the 'super group' Armistice Pals, and is taking place during October and November. It is hoped that the project will draw much needed attention to the club scene and the unsung heroes who run them in order to help keep the circuit alive and kicking.
All a club or group needs to do is nominate an evening for Armistice themed songs within October or November, round off the evening with a rousing communal rendition of 'Where Have All The Flowers Gone' and let us know the date so we can add it to our growing list of clubs and groups from all over the country. If you would like to pass the cap round on the evening, or sell some cds perhaps ( £2.50 each) which has an additional song by Merry Hell and a poem read by Peggy Seeger which her uncle, the famed WW1 Poet Alan Seeger wrote, before he was sadly killed in action, please let us know via armisticepals@hotmail.com

Armistice Pals is the name given to a ‘super group’ of 39 musicians from across the folk firmament plus the 'Pals Chorus' who in the year that sadly presented us with the passing of Pete Seeger and the much reported 100 anniversary of the ‘war to end all wars’, have come together to create a special charity single.
Think ‘Perfect Day’ using the song Pete Seeger made popular ‘Where have all the flowers gone’ and you won’t be far off !
The single will be released on our Armistice Pals website on 9th October and as a physical cd and on iTunes on November 9th, with all proceeds going to peace keeping and anti war charities (The Red Cross, Malala’s Fund, The Peace Foundation and Peace through Folk). The grass roots initiative was conceived by Merry Hell’s manager Damian Liptrot who organised the ambitious project with Folkstock Arts Foundation’s Helen Meissner.
The single will be released on Folkstock Records.

If those interested in taking part register their intention to hold a special Armistice Pals themed session in October or November, which could also involve videoing their rendition of the song, we will add the club name and the video to our social media, promote the club and hopefully boost attendance by focussing on the life enriching experience of coming together in song.
Something which Peggy Seeger told us was Pete’s legacy.
If you haven’t seen the video yet, we hope you enjoy it. Here is the link: www.youtube.com/watch?v=4d7T30ltxvU

Press and radio promotion is also lined up, with all clubs taking part potentially gaining free publicity on their local radio shows as well as via national media as a direct result of their involvement.
There is no fee, just an intention to mark the release of the single with a special Armistice Pals war/peace/ themed evening.

If you want to take part in the biggest country wide club and singers grassroots project we’ve seen in recent years, please contact Damian Liptrot or Helen Meissner via email
armisticepals@hotmail.com
Or our website www.armisticepals.com

Massive thanks to John Kettle for producing the track.