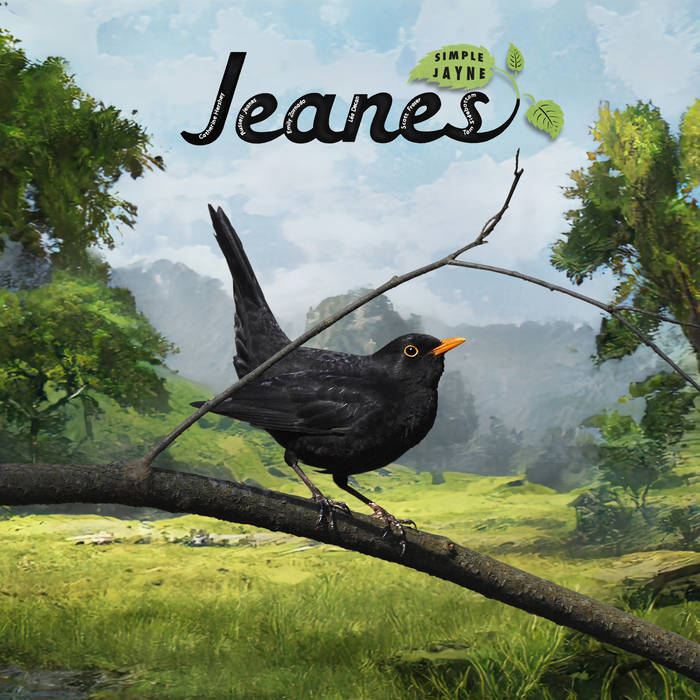 Cerys Matthews has been a wonderful supporter of Russell Jeanes work and has requested this track for play on her BBC 6 Music show this coming weekend (Fathers Day 19th June).
You can acquire a download of the track here for whatever you want to contribute, or the EP (digital) Sleeping Leaves for £5 using this link.

Up to you. Either way, thank you for being here and supporting independent musicians and their creations.

"With the constant barrage of noise from 'man made' things, fighting for our attention every waking second, many of us forget the soft call of natures voice.
'Jeanes' songs tell stories of sleeping fields, breathing trees & drunken bees.

'Jeanes' single ‘Simple Jayne’ was originally recorded as a demo intended but never sent, to John Peel. It was captured in a Parisian bedroom as the dawn chorus streamed inside from an open bedroom window. Originally released to critical acclaim in 2017, the track is now released 'With Wings and Strings' on all the usual streaming platforms. The new version is accompanied by a quartet of pastoral strings.

I once met a girl,
she chose slowly
…what she told me

we talked for a while,
…she said something
but then nothing,
..lips moved no words came

hides in her thoughts,
what she feels,
can’t be said,
they’re just her thoughts,
shes frightened others feel the same,
then she wont be unique again,
… just simple jayne.

with lapwing she plays
and humms slowly
….for him only …

whatever she plays
the bird smothers, with feathers
no words can away

hides in wood groves,
with eyes never painted,
fringe grown past nose.
afraid if others hear her words,
her deepest thoughts wont be just hers
shes hiding words

I once met a girl she chose slowly what she told me.

Sampa The Great joins the show to discuss her release, "As Above, So Below".