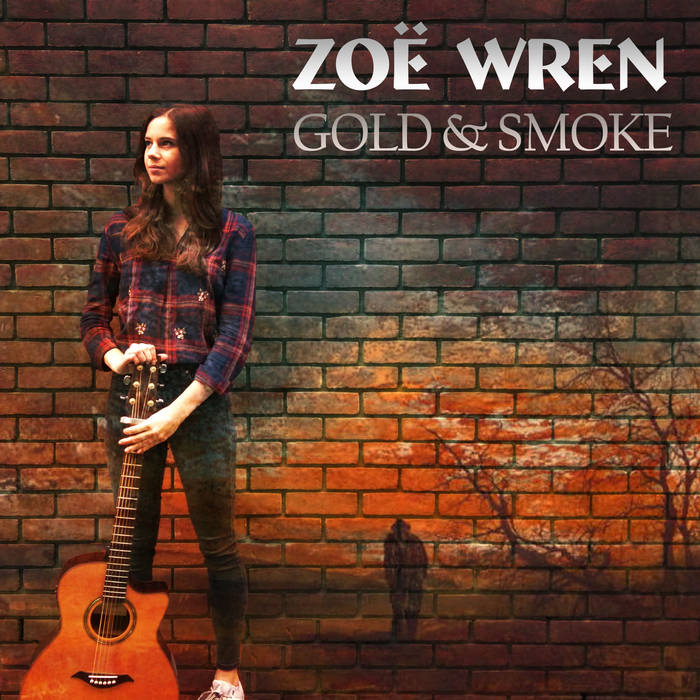 'Gold & Smoke has six beautiful tracks and Gold is just how Zoë Wrens future is looking after this.You know you're in for a treat when somethings been recorded/produced by the multi-talented Lauren Deakin Davies. officialeargasm.blogspot.co.uk/2018/02/eargasm-feat-zoe-wren.html
'As featured in Acoustic Magazine Jan 2018 issue! also reviewed in FATEA magazine : When you can remember the first time you saw a performer, where it was and who they were supporting then you know they've made made an impression on you. In this case it was Hitchin Folk Club and the main act was Jim Causley, who's a firm favourite there. He gave us a great show but the only topic of conversation in the bar was a young girl with the most incredible voice. That was my introduction to Zoë Wren, "way back" in 2014, about the same time as the début EP "Pandora's Box" was released. Since then University has come and gone and Zoë is now a full time musician, so 2018 sees the release of her second EP "Gold & Smoke". It's been well worth the wait.

Opening the EP is the title track "Gold & Smoke". This upbeat song sets the tone well, involving as it does a women with 'coins in her pocket and good sense in her head' who thought her future lay in the arms of a man of a much higher status. His family decided otherwise so she takes to the road as a gambler and finds her new life is the only romance she needs.

Continuing the theme of free spirited women "She's a Highwayman" is the story of a female highwayman who takes up her hobby after feeling under-appreciated by her love. She eventually robs her man but he, rather sweetly, refuses to hand over the ring she gave him even at gunpoint. There's no doubt that he loves her and begs her to stay with him when he discovers her true identity, but she has tasted freedom and prefers life on the road and the power and liberty this gives her.

"If I Had A Voice" changes both tempo and mood. Whilst the first two songs have a clear feeling of being set in history, and with a sense of triumph about them, this has a much more modern-day feeling to it. Again there's a woman who is under-appreciated but this time she doesn't have the freedom to take off and live life as a gambler or armed robber. Instead she's trying to get by holding down two jobs, without the time or energy to fight back or change anything. This is a very moving song and what makes it effective is that it ends with no glimmer of hope, no chance of a happy ending. Her life will continue in this same pattern for ever, a situation so many people find themselves in and is classic modern folk territory. For me this modern setting makes it the best song on an album full of quality material.

The fourth track has another change of tempo and tone. "This Old Hat" is a song of nostalgia but this time the narrator is a man looking back over his life to the time when he was a swaggering blade.

The penultimate song remains firmly in folklore with "Silkie Lullaby", which has been a popular topic for generations. This track stays true to the story of a Silkie who eventually returns to claim his son knowing that the mother's real husband will eventually kill them whilst out hunting seals.

These songs show Zoë to be a really gifted writer, with an appreciation of The Tradition but also a sense of now as she moves from history to the present day and back again.

Rounding off the EP is the traditional "Lady Mary", a story of unrequited love beautifully presented and that is a phrase that sums up this EP. Everything about is has been carefully thought out and the production values are spot on. The range of tempos and styles make "Gold & Smoke" a superb showcase for a real rising star and it's no surprise to see that the producer is Folkstock's Lauren Deakin-Davies, who is gaining a growing reputation as somebody who can get the very best from a performer whilst still allowing them to fully express themselves.

Zoë's voice, as has been mentioned, is outstanding and her experience as a chorister is very evident as the enunciation is spot on and not a single note is stretched for. The sign of a true expert is that they make it sound easy and that is exactly what she does here. It's a genuine folk album, too, with the lyrics telling the story and the music acting as a seasoning, yet it all sounds so fresh and modern.