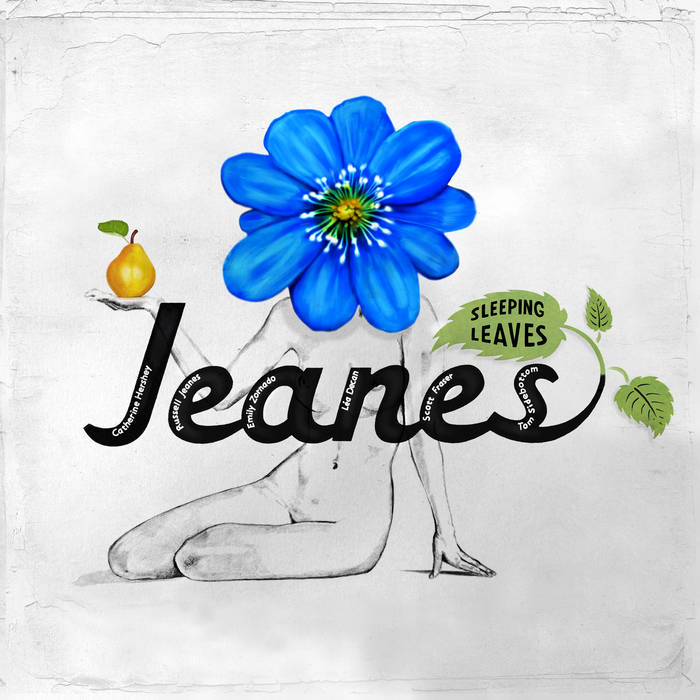 gently_johnny Songs full of magic, one step to the left of reality - truly beautiful

'It's gorgeous' Cerys Matthews
'Pure pastoral nectar' Tom Robinson
Eight plays on BBC 6 Music for these tracks !
'Without a doubt some of the most beautiful pastoral folk I've heard in a very long time. Outstanding and beautiful' Folk Radio UK
With the constant barrage of noise from 'man made' things, fighting for our attention every waking second, many of us forget the soft call of natures voice.
'Jeanes' tells stories of sleeping fields, breathing trees & drunken bees.

'Four tracks of exquisite musicality, so fresh they could have been written yesterday, yet as eternal as sunshine' The Revue.
'Amazing music arrives when it’s good and ready' Flo Bannigan, Angry Baby

The songs on this debut EP started their lives over 30 years ago as poems and snippets of recordings on old four tracks tapes. When Russ moved with his family to a cottage in the Yorkshire Woods he found one of his old books with notes scribbled on the opening leaves. The songs have now been recorded in homes, gardens & summer fields across Europe & America by an enchanting collective of female DIY artists, each lovingly chosen for their beautifully unique voices.

Jeanes is a collective of the DIY artists below.

Russell Jeanes
Russ is a graphic designer, film maker & poet from Yorkshire and also a new music champion for Fresh On The Net.


Catherine Hershey
Catherine Hershey is a French-American artist, illustrator, songwriter and singer.
She is a long time friend of Kate Stables. Catherine illustrated 'this is the kit's' album for 'Bashed Out'.
Russ heard Catherine's songs and fell 'head over heels' with her work, sending her a message about his passion for her songs - Catherine responded saying she found Russell's songs 'warm and soothing'. This was the start of their recordings and friendship.

Scott Fraser
Scott is a guitarist and was enthusiastic about Russ' poems/songs from the first, and was absolutely fundamental in their development.
Scott crafted guitar patterns from Russell’s initial ideas.

Track Name: Simple Jayne
I once met a girl,
she chose slowly
…what she told me
we talked for a while,
…she said something
but then nothing,
..lips moved no words came

hides in her thoughts,
what she feels, can’t be said,
they’re just her thoughts,
she’s frightened others feel the same,
then she won’t be unique again,
… just Simple Jayne.

with lapwing she plays
and hums slowly
….for him only …
whatever she plays the bird smothers,
with feathers ...no words can away

hides in wood groves,
with eyes never painted,
fringe grown past nose.
afraid if others hear her words,
her deepest thoughts wont be just hers
she’s hiding words