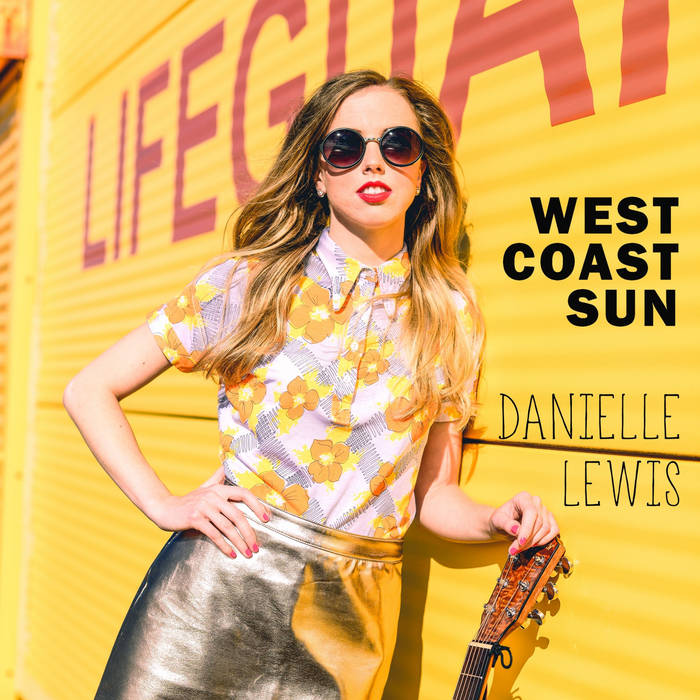 DANIELLE LEWIS will release her double A side single 'WEST COAST SUN & ALONG THIS TIME' via Folkstock Records on 31 March 2017. West Coast Sun & Along This Time are from Danielle's third EP 'FLY'.
These tracks showcase Danielle's voice beautifully, classical tones crossed with a touch of Lana Del Rey and Joni Mitchell. West Coast Sun is a chilled out upbeat summer song and Along This Time is a rich, emotive love song. They complement each other wonderfully.

Danielle said "I co-wrote 'West Coast Sun' with Richard Llewellyn from Welsh Alt Folk duo Paper Aeroplanes. I wanted the song to connect my memories of growing up on the Welsh coast to temporarily living on the East Coast of Australia through describing genuine stories. I enjoyed exploring unusual rhythms, the exotic beat drives the song contrasting with the nostalgic, bittersweet tone of the chorus. The multi layered texture keeps a relaxing pace throughout the song, elements of which were inspired by 'The Beach Boys'.

Since releasing her debut EP Paper Hearts in July 2013, Danielle has self-released a second EP, Dreams Grow and has performed live on Welsh TV & Radio as well as for The Verb on BBC Radio 3. Danielle was also selected as one of 10 emerging artists (out of over 400 applicants) onto the BBC Wales Horizons / Gorwelion Project for 2016. 'Horizons/ Gorwelion is a scheme delivered by BBC Cymru Wales in partnership with Arts Council Wales to develop new, independent contemporary music in Wales. Danielle has also performed at The Great Escape, Festival No. 6, Hay Festival, Focus Wales as well as a live session at BBC Maida Vale. Danielle's music has also been used for several online ad campaigns including two ‘Visit Wales’ campaigns for the Wales Tourist Board in 2016. Danielle was recently invited to perform as guest artist at the International Woman's Day press launch at Wales Millienium Centre as well as a performance at the Voices of Wales Concert at the National Assembly for Wales, Cardiff.