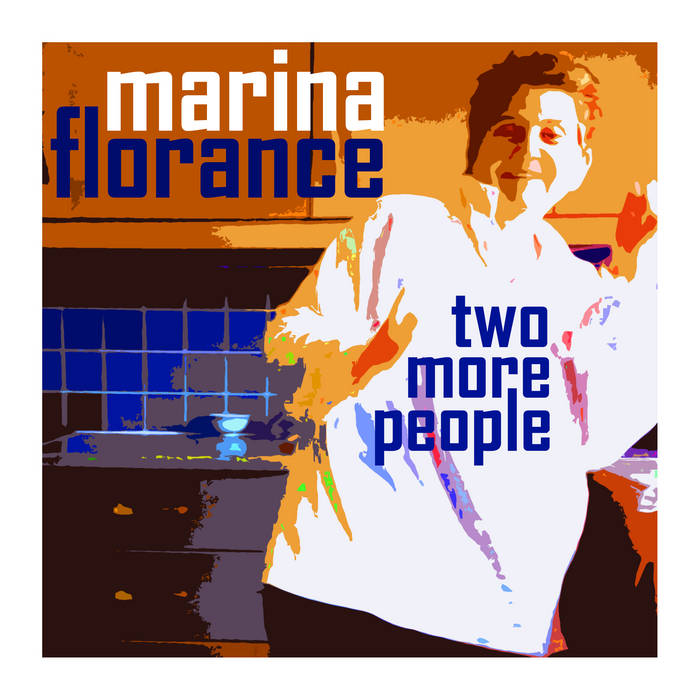 ElsiePea love this gentle melody .. a song to slow dance to your love with - thanks Marina, keep up the soulful joy we all love

Marina Florance, one of Norfolk’s finest singer songwriters who had her first album ‘Somewhere Down the Line’ funded by Arts Council England aged 49, is proud to be releasing a special single with Cathryn Craig. Two More People was inspired by Marina and her husband’s impulsive inclination to find each other and dance whenever a particular song comes on the radio. “we just dance till the last notes of our song are played…’ explains Marina

“The chorus came after a gig I played for The Warm & Toasty Club arranged by Johnno Casson, on listening to the stories the residents from the retirement complex related, it was apparent that dancing had brought so many so much joy. There was a realisation that our dance was not unique, not so different, not so special, and that people of all ages, from all walks of life, love to dance wherever, whenever and however the mood takes them…”

“I was booked to support Cathryn Craig and Brian Willoughby at St Pancras Old Church, London in the Spring. It was a wonderful setting and a great gig. Cathryn and I hit it off straight away, one thing led to another and the general chatting moved on to collaborating on something. Well you know how those conversations go, people say they will do this or that or the other, usually nothing ever comes of it once we’ve all packed up & gone our separate ways. BUT a few days later I thought I would ask Cathryn if she was really up for doing some BVs on the track I was working on, and to my surprise she said yes. I sent her the track, she liked it and then followed through by completing 11 different BV tracks, recorded remotely in Nashville, Tennesse, by Brent Moyer.
Two More People is the single we ended up with, Cathryn is wonderful to work with, exceptionally professional and extremely helpful.”
Marina’s latest album This, That & The Other has received great reviews, with 'Little Black Cloud' being played on BBC6Music and other tracks being featured on BBC Introducing and BBC regional radio.
Her music has been described as acoustic, Americana, blues, country and folk but she has crossed musical genres to come up with a unique style all her own. Marina has been compared to some of the best vocalists in the world, from Stevie Nicks to Willie Nelson, Johnny Cash to Nanci Griffith.

"A wonderful singer songwriter, Marina's original version of 'Cry' was beautiful, she has got an amazing voice." Anthony Head (Buffy/Merlin actor)
“She has a voice like chocolate” Sue Marchant BBC Radio
"I saw her perform at the London Folk and Roots Festival…she’s incredible" Alex Gallacher Folk Radio UK
“Marina can turn her voice from an almost deep south growl to torch singer, flooding a song with a real sense of personality as though each song has a voice of its own” Neil King FATEA.

The single ‘Two More People’ is being released on 13th August on Folkstock Records, and you can see Marina performing the same day at Reepham Festival in Norfolk which also features Toploader and Dire Straits!
www.marinaflorance.com