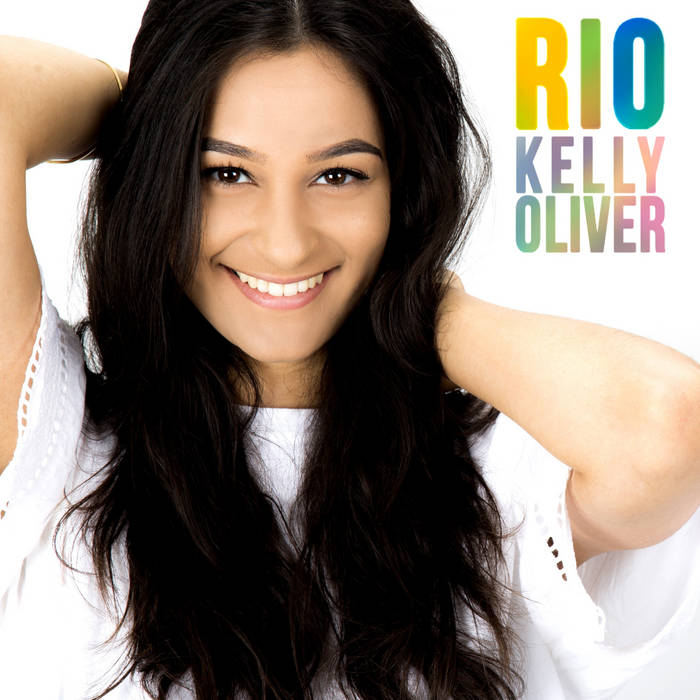 ‘With poptastic Rio, driven along on a wave of effervescent strings, she has a palpable hit on her hands...this really is a superb album likely to see her in the folk album of the year lists’ Shire Folk

“(Rio is) an upbeat, almost pop song that is a portrait of that vibrant city” Songlines Magazine

“Oliver does stretch out on “Rio” which comes across as more of a pop song, peppy and energetic” Music Existence

Kelly Oliver has announced she is releasing a special summer remix of Rio, the final track on her popular second album Bedlam which came out earlier this year. Rio was written by Kelly and Nigel Stonier who also produced the track. Thea Gilmore guests on backing vocals on this summery smash in the making.

Inspired by her travels in Brazil, it was while in Rio that Kelly made the decision to follow her heart and start performing her original songs. This was in 2013. The song extols the virtues of the vibrant city and Kelly’s yearning to return, to thank the city for changing her life.

Kelly Oliver is 'fabulously gifted, something special' according to Chris Hawkins at BBC 6 Music and is also a 'vital voice in British Folk' according to 'Whispering' Bob Harris who has given the Hertfordshire born and based artist five of her nine BBC Radio 2 spins over the last year. Following up her debut album This Land, for which Kelly received a 4* review from The Telegraph, Kelly has released second album Bedlam, which gained a recommendation and review in The Sunday Times Culture Magazine, 4* from R2 Magazine and was featured on multiple blogs. 'Blending traditional values with bold indie pop sensibility' according to The Times, with accomplished guitar technique and harmonica, and 'distinctive and breathtaking vocals' (The Telegraph), Kelly is 'an exceptional lyricist' (Penny Black magazine) and 'an amazing songwriter' (Mike Harding). Look out for Kelly's next single RIO which is set to be a summer hit with Thea Gilmore on backing vocals, coming out July 29th on Folkstock Records.

Produced by Nigel Stonier
Recorded by Seadna McPhail at Airtight Studios, Manchester
Remixed by Mike Cave and Nigel Stonier at The Loft, Liverpool