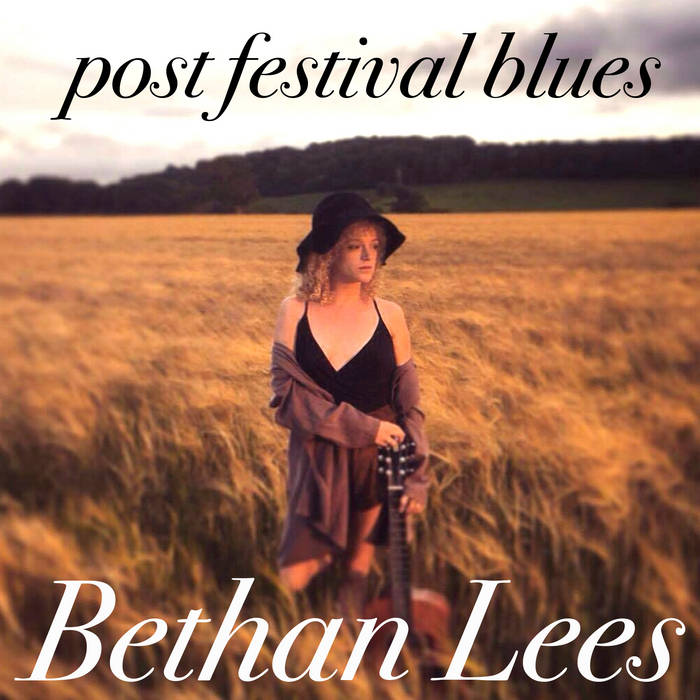 Bethan has been immersed in the festival circuit for the last two years, absorbing new music and casually performing at open mics and busking in the pubs and towns of Sussex.
After leaving school she became a full time dance teacher but has now decided to start performing her own music on a professional basis and this is the first track she has recorded, and we are proud to release it on Folkstock Records.
This song, Post Festival Blues is the first single and will be on her EP, which is likely to be released by us in October.
“I come from a musical family and I've always hung out with creative people. I am surrounded by musicians and have enjoyed living an alternative lifestyle making music with crazy wonderful people. I started writing and playing my own songs with this group of friends at my local pubs jam sessions and open mics. I've spent a few summers travelling around festivals, jamming with bands and soaking up the vibes which has influenced and inspired my songs. I guess you could say I'm a pretty free spirit "
Produced by Lauren Deakin Davies, this track was written and performed by Bethan Lees with a little help from her friends. Ben Ziemh-Stephen; drums, Tom Bailey; double bass
This fun single, Post Festival Blues, which will resonate with many after a heady summer of festivals, is going to be exclusively released on Folkstock Records on Saturday 10th September and to celebrate Bethan is playing at the Balstock festival on the Folkstock stage at the White Lion in Baldock, Herts.
Bethan can be found on her facebook page which is
www.facebook.com/bethanleesmusic/
soundcloud.com/bethanlees
twitter.com/BethanLees
For more information please contact Helen Meissner at Folkstock@hotmail.co.uk