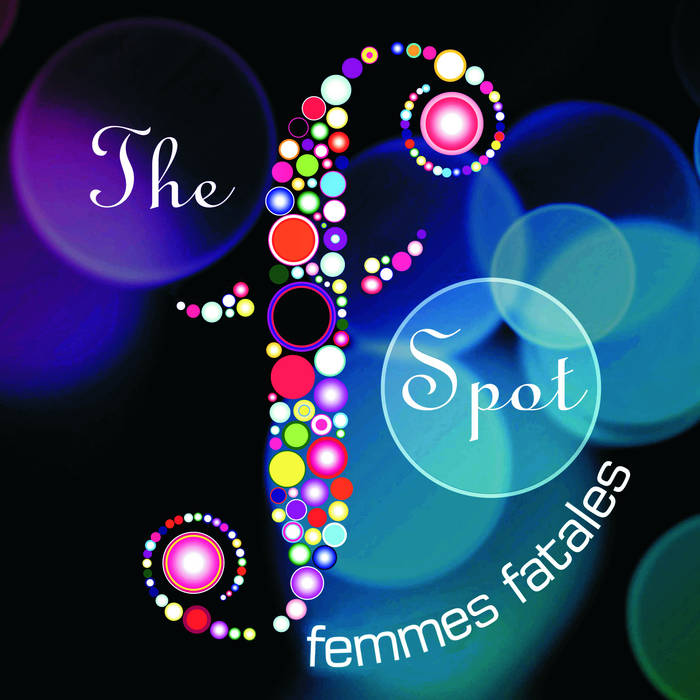 "It is reported that only 13 per cent of songs registered with the Performing Right Society are by women songwriters. Which makes The F Spot both a statement of intent and a welcome piece of music. There are 10 songs by 10 different 'femmes fatales' and they are of a consistently high standard, whether from a trailblazer such as Peggy Seeger (Don't You Know How Lucky You Are) or a young London student called Kaity Rae (It Is). I liked the anti-war song from Norfolk's Marina Florance but there is much to enjoy in a variety of styles and approaches from Daria Kulesh, Fay Brotherhood, Minnie Birch and Zoë Wren. All the tracks are produced by Lauren Deakin Davies (except for Seeger's, which was produced by Calum MacColl) and there is an original album artwork from Amy Pettingill.
Particular mentions for Kelly Oliver’s folk-rock inspired Keilan Are You Coming, Maz O’Connor's impressive Mississippi Woman and Roxanne de Bastion’s lovely singing on Butterfly. The album is from progressive British label Folkstock". Martin Chilton, The Telegraph

“It may be a small operation, but British label Folkstock has become shop window for an impressive roster of youthful singer songwriters who roam far beyond the borders of the traditional repertoire.
Maz O’Connor has already made her mark on the national stage, she makes a typically atmospheric contribution on The Mississippi Woman. The stand out number though, has to be Butterfly, an astonishingly assured song from Roxanne de Bastion. The precocious Kaity Rae with It Is, runs a very close second” Clive Davis, The Sunday Times 15/03/15


Tom Robinson live on BBC 6 Music.
“as promised, the latest release from Folkstock Records features nine exclusive songs by female songwriters associated with the label plus the tune we are about to hear....it begins with this belter from Peggy Seeger ...it’s there to bang the drum a bit, because women are massively under represented in the music industry.. it’s quite hard.. there is a big glass ceiling so Helen Meissner from Folkstock, bless her, is doing something about it and she suggested that we should celebrate International Women’s Day when her record comes out and I think that’s a great idea, so that’s is exactly what we are going to do.
So you, dear listener, get to choose the tracks we play on our all female Now Playing at 6 on 8th march.... label. “ Peggy Seeger’s You Don’t Know How Lucky You Are is the opening track on a new compilation from the boutique label Folkstock Records..label boss Helen Meissner says she wants to champion female songwriters with this release and bang the drum a bit especially as we have a female producer Lauren Deakin Davies who has produced all the other tracks on this fine compilation of grass roots female artists. And many thanks to Helen for pointing out to me in good time that todays show falls in International Women’s Day, which is why the whole show celebrates women;, women’s achievement, women’s pride and womens’ struggle.”
F-Spot Femmes Fatales exploring the exciting fringes of folk today with confidence

Folk music is unlike Coca-Cola.

Folk has many flavours which many can appreciate, unlike the one (maybe two)varieties that most people love of coke and the other brands which the rest of the people suffer with and pretend to enjoy.

It is these varieties of folk: the songstress in the smoky bar, the high tones of the dancing maiden, and the gravel-chewing character who has worked everywhere and felt he has got nowhere, that make folk a good life companion. Variety is always good, and that is why for a change I've decided to have a look at The F Sport Femmes Fatales, a compilation album put together by FolkStock Records. It was first released in March 2015 but is due a reconsideration ahead of the exciting "London Folk & Roots" Festival where several of the artists will be playing.

Folkstock came out of some excellent work that Helen Meissner did as a development project showcasing 77 artists and helped create a new scene and a co-operative for independent musicians to share ideas and publicise albums within. It is a fairly new festival but earnest in it's goals to foster and share the talents of diverse acts, and since Helen's daughter Lauren became involved in the music production, it has become Folkstock Records a label it's own right. The festival made it into the finals of the UK Festival Awards in 2013 for "Best New Festival" and Folkstock Arts Foundation was a finalist for the Best Community Company award too, so worth a look.

Of course, Folkstock is blessed by having the legendary Peggy Seeger and Dave Swarbrick as their patrons. Swarbrick sees the importance of young artists having a role model and guiding figure on the path into music, "In my younger days the then scene was blessed with the like of Joe Boyd, Helen has picked up where Joe left off." It is hard to disagree, television and media make fame attractive to younger people. These successful artists are shaping a community and encouragement particularly in a time which seems extremely harsh to the prospects of young people.

"Femmes Fatales" is opened by a veteran performer, Peggy Seeger, with "You Don’t Know How Lucky You Are" and who brings a certain gravitas to the recording, letting you know that this is going to be an album that is rich on purpose and that the artists aren’t just hear because of gender, they are all linked by being songwriters with something to say.

Some of the songs are more of a personal expression, whilst other songs touch on wider experiences bringing in subjects such as war and inequality of a damned sight more things than gender, such as social justice and striving for a society that is based on merit. The things that the songs have in common, no matter the writing style and content is strength, that’s strength in both how the songs are put together as well as presented.

This is an album that celebrates standing up for and being yourself, no matter how much effort that takes. More importantly it does so in a way that not only makes you think, but also entertains. It’s very easy to relate to the themes and characters that are delivered by the ten artists on this compilation.

You can see the mother looking wistfully at the photograph of her soldier son, the simplicity of faith overcoming the oppression of slavery and the suppression of cultures. This is an album of tales and stories. It’s rich in symbols and high in inspiration, both absorbed by the performers and the way they’ve taken those influences and turned them into something special.

In someways I’d like to give you a track by track breakdown of the ten exceptional artists that make up this compilation, but the reality is, I’m just going to point you in the direction, it’s down to you to make the discoveries, all I’ll say is that it’s a journey well worth the effort".

"Folkstock have pulled off quite a coup with the highly respected Peggy Seeger taking part..But then it's not entirely a surprise when you consider she was involved in their Armistice Pals album; the label is allying itself to International Women's Day and of course the tracks are all from femmes..There isn't a weak track on this album and if there is a better album around to encompass the ideals of IWD then it would be interesting to know what it is.
Judging by this and the last album from the Femmes Fatales stable then you have to face the fact, all the fillies are thoroughbreds" folkall.blogspot.co.uk/2015/03/various-artists.html

The F Spot Femmes Fatales
Strong, sensuous, fascinating and feminine, this compilation of ten compelling self penned songs from women is being released on Folkstock Records on International Womens' Day.

This is not just any album full to the brim with female singer songwriting talent. It’s been lovingly conceived, curated and produced to show many different aspects of the feminine psyche.
Lose yourself in the songs and let this album challenge your assumptions.
Have you considered how sultry a singer in her 80th year can sound ? track one on this stunning selection will make your jaw drop. Delivered with panache and humour this track was the one which stood out for us on Peggy Seeger’s recent album Everything Changes, and it was our mission to entice Peggy to let us use it to open this compilation ! so you can imagine how thrilled we are
Lyrics such as “I am not just any women, looking for any man, and I don’t intend to change me to fit into your plans. I am a hell of an angel and you’d better give a damn, you don’t know how lucky you are”
Have you ever heard the story of the Mississippi woman ? this strong and wryly observed alternative creation story by Maz O’Connor is the penultimate track on the album and delivered with purity which belies the message, it captures your heart and lyrics such as “She made clothes from the rushes and a bed down by the willow
And when darkness came the riverbank made for her a pillow
Then the angel of the lord came down and said “now you are free”
And she said “lord, make a man out of me, lord, make a man out of me” capture your mind.

Did you know that only 13% of songs registered with PRS are by female songwriters ? Let us smash these limiting statistics and inspire a generation of women. We hope that this distinctive selection of bright fresh female singer songwriters will enlighten and empower with its raw honesty and emotion.

As on the tracks.
All tracks produced by Lauren Deakin Davies except for Track 1 which was produced by Calum MacColl