The Black Guards - Drawn In (EP)

by THE BLACK GUARDS 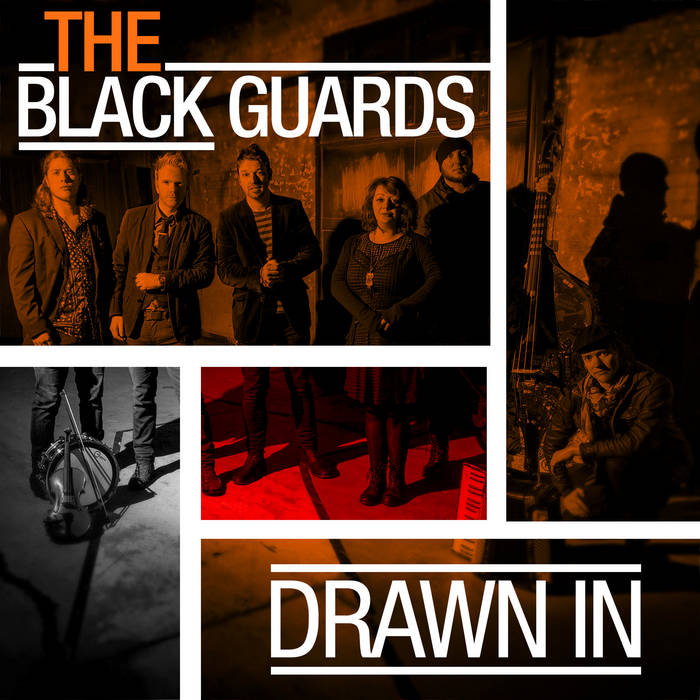 Debut EP from high octane folk rock band. Hailing from Cumbria’s Cleator Moor via Dublin, the six piece view themselves as ‘a roguish fusion of alt-folk, roots & country, rhythmically weaving and crafting their songs of hope & sorrow from the white feathered plains’.
The band have recently released their debut single, a radio edit of title track Drawn In which was premiered on Folk Radio UK. The video of Drawn In was showcased by R2 Magazine. The video had over 1000 views in the first few days online. Around 50 local and regional radio shows played the song around the country, as well as on the popular Blues and Roots Radio shows broadcast out of Canada, with the number still rising.
‘very strong, polished and a quality track’ Chris Hawkins BBC Radio 6 Music.

I will let the band introduce themselves in their own words “Paul O'Halloran (lead singer and guitar) who left his native Dublin after admitting in Confession he was their greatest song writing Centre Forward, Paul McGhee (lead guitar and banjo) who successfully ingratiated himself into the Manchester Musical Intelligentsia in order to promote The West Cumbrian Sound, Anne Marie McStraw (fiddle, pipes and mandolin), who almost successfully campaigned that anyone unable to play violin be expelled from all political parties, which quickly prompted political activist Ben Sloan to seek out & study the largest of their kind, the double-bass, and sensing the tide was changing, accordionist & pirate Owen Evans swept in to nullify this corrupt & roguish sound, whilst the temperance beats & tribal grooves of Andrew Bates (drums) celebrated this spiritual & soul purging movement in music.”
The band have been embraced by their local BBC Cumbria for whom they performed a live session, there have been features in local papers and websites such as Cumbria Live and The Cumbria Guide.
The Ballad of Mrs. O : Song about getting up in the morning and going out into that big bad merciless world, breaking your back to give it your all and often times only getting slim pickings, but having the indelible support, love, council and strength of a beautiful partner to reinvigorate your soul and spirit.