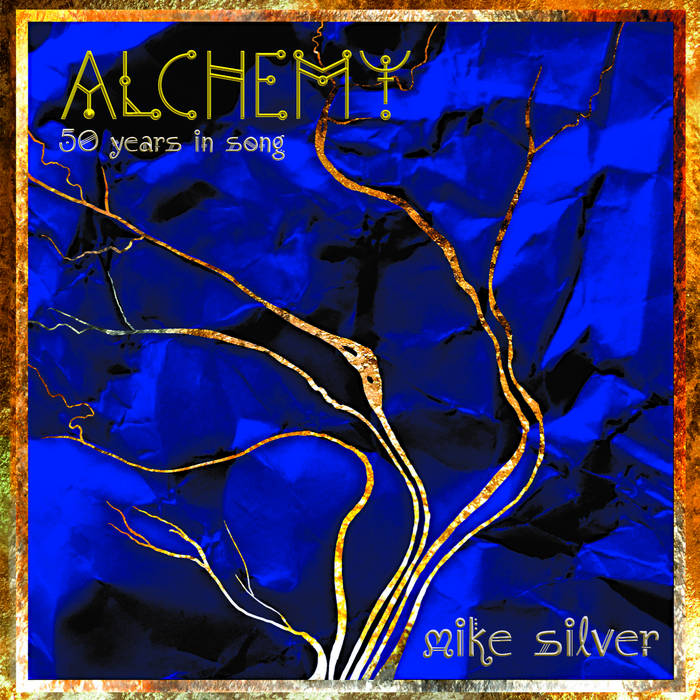 Del Clouter Crikey Mike, talk about giving us our money’s worth !! 16 tracks, just like being at one of your gigs, and as they say about fine wine and maturing!!! at 73 ? Brilliant album , see you on the road 👍👍

'those who have discovered him will attest he's one of the best kept secrets in folk. Hopefully, this album might go some way to sharing that.' FATEA Magazine fatea-records.co.uk/magazine/reviews/MikeSilver/

Oh Doctor is the track which Cerys Matthews has kindly played on her BBC Radio 2 show on 4th March, which is the first play of a track from this album. We are thrilled to bits with the generous support. It is the track which will be immediately available when you pre order the album ahead of release 26th March. Not For You was voted into the Fresh on the Net Fresh Faves (the new music portal headed by Tom Robinson) and was also played on BBC Introducing Devon and Cornwall!
Mike might be a new name to you, but for many others whose life he has touched over the last fifty years, we've found that Intimate, engaging and magical, are a few words associated with the troubadour who is celebrating 50 years of a life immersed in music.

'a fitting celebration of his undoubted talents as both a songwriter and performer. Some beautifully intricate guitar work, thought-provoking lyrics and a warm and engaging vocal delivery make Alchemy: Fifty Years In Song a pleasure to listen to.' darrensmusicblog.com/2019/03/16/singer-songwriter-album-review-mike-silver-alchemy-fifty-years-in-song/?fbclid=IwAR2xuJN9IJi-UC9kSP99loajDS-jz0cc06qExisRfQPw6KJBt0k_OkQZy9Q

Arguably one of the UK's best kept secrets, Mike is releasing a compelling album which showcases his prodigious output and musical artistry, and when you listen to this sublime combination, I think you'll agree that astonishingly, despite a few brushes with national media, Mike has remained the preserve of the initiated. A session on Bob Harris's Radio 1 in the 70's and again, picked up by Radio 2 with his 'Not a Matter of Pride' (which you can find on this cd) in 2003, have not spoiled the man behind the music who remains independent and is still impressing audiences, performing to sold out audiences all over Europe! If you've not come across him, you are in for a treat as Mike Silver is a gem waiting to be unwrapped and savoured, as you submit to his restrained yet effortless and honest vocal delivery.
Mike was referred to in glowing terms in Del Newman's seminal book 'A Touch from God. It’s only rock n roll'. "For me, Mike did for music what Lowry did for painting. His songs were about ordinary people and ordinary events, but he could craft a song that could make you cry. That was a gift'.
Now 73 and still prepared to drive from his home in Cornwall to Germany for a gig, (and in fact has a tour booked there for April) Mike has worked with us to craft a 'Best of' album which we've called Alchemy, for release at the end of March. We are so proud to be releasing this album which encapsulates a thrilling ride through Mike’s output over the last fifty years. We feel that this sensitively curated work of art showcases Mike's songwriting like none other before it.
Mixing contemporary upbeat tracks such as Walk Away' and 'Down South' to stripped back tenderness from 'Not for You' and 'Breaking the Silence', the blues tinged humour in 'JCB' or the wry smile at the establishment with 'Oh Doctor', Alchemy takes you on the journey through Mike's life. Loose yourself in lush harmonies (with duets from Johnny Coppin), stunning intricate guitar work, the sweet beauty of Mike's delicious vocal range, you can revel in the articulate historical and political messages which tell the tales of the times and indulge a heady dose of familiar emotions and scenarios brought to life with Mike’s evocative lyrics.

The tracks chosen for Alchemy represent many elements of Mike's extraordinary talent, woven into a work of art which will undoubtedly bring Mike some well deserved respect from those who have yet to discover him and bring a big smile to the faces of those who had already had the pleasure, of which there are many all over the world. Inevitably, there's a range of production styles which have been carefully moulded into a cohesive whole by mastering from Folkstock's producer Lauren Deakin Davies. Mike's launch gig for this album is 26th March at Slaughtered Lamb, promoted by FolkonMonday and Folkstock Records. Marina Florance is supporting him.
www.folkonmonday.co.uk/mike-silver/

Each individual track has it's own credits, but the overall album was mastered by Lauren Deakin Davies