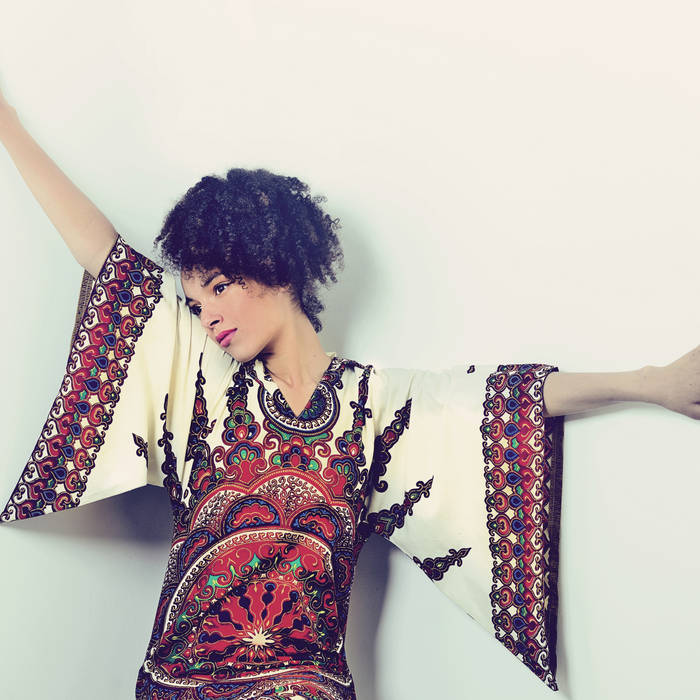 Gaining BBC Radio 1 play with your debut single release is a pretty astonishing boost for anyone, but 20 year old Welsh/Bajan artist Kizzy Crawford, is not one to rest on her laurels. Her solo career began just three years ago and she is on a mission - a mixed race Welsh speaking artist proud of her background and determined to make her mark by fusing bilingual soul-folk jazz. Kizzy’s already getting national recognition for her work; in addition to airplay on Huw Stephens show on BBC Radio 1, she’s had plays on BBC 6Music, BBC Radio 4, BBC Radio 3, BBC Radio Wales, BBC Radio Cymru as well as live TV performances on S4C, Children in Need for BBC 1 and the 6 Nations advert campaign. Not surprisingly, she was won awards too,-the 'Brwydr Y Bandiau' at the National Eisteddfod 2013 and a Welsh Singer-Songwriter competition receiving money to record her first EP 'Temporary Zone' with Amy Wadge (Ed Sheeran co-writer). Over the last three years, Kizzy has developed an increasing sophistication to her songwriting and performance, which is complimented by her soaring voice that boasts both range and charisma. Her forthcoming double A side single release showcases her writing and performance to perfection.
In 2014, Kizzy signed to publishing company BDi / Bucks Music and she was then selected as a BBC Horizons 12 Artist which included the opportunity to perform a live session at BBC Maida Vale. Kizzy was also a featured artist with Gwilym Simcock for a BBC Radio 4 music programme and she was invited to perform on The Verbs ‘Young Talent’ programme for BBC Radio 3.
Kizzy is the youngest singer songwriter to have her work selected for ‘set pieces’ for the Welsh examining board (WJEC) for their A Level Music syllabus, for the year 2016/17. Her compositions will stand side by side with Gruff Rhys, Super Furry Animals and the Manic Street Preachers and will include the songs Gerridae and Jungle, which are being released on August 26th 2016.
Kizzy has played many gigs including shows at the National Assembly for Wales during WOMEX, Glastonbury, London Jazz Festival, Cheltenham Jazz, Hay Festival, Festival No 6, Dinefwr Festival, the Plaid Cymru Conference, Blissfields, Wakestock, Abergavenny Food Festival (where she performed her single Golden Brown live on BBC Radio 4) and the Prince Edward Island Festival, Canada. Kizzy has played as support artist for Gruff Rhys, Newton Faulkner, Benjamin Francis Leftwich and has performed alongside Cerys Matthews at the House of Commons, Westminster.
Kizzy’s tracks ‘Caer O Feddyliau’ featured on an ident for S4C and her track 'Shout Out'and Welsh language version 'Yr Alwad' featured in the 2015 VISIT WALES TV & online ad campaign.