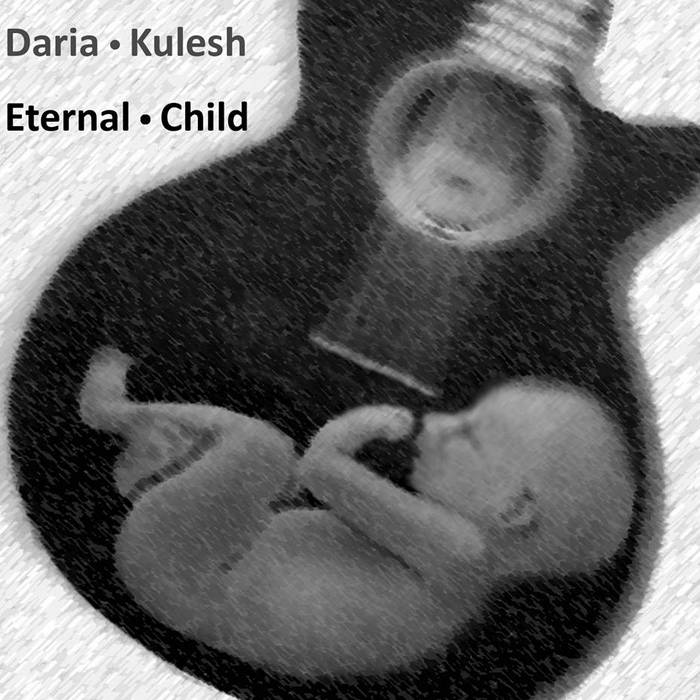 Anita Botman This is a beautiful album. It's heartfelt and personal. She has a beautiful voice and the songs are very well written. I was very excited when I heard the albumsamples, this was something special! And it is!

Most recent review from Peter Taranaski
Daria exhibits a life of push and pulls and ups-and-downs. One moment the album brings joy, the next cloudy nostalgia, then poignant protest, and then disillusionment with life. It is a broad canvas of "lived experience" and one which will suit the listener who likes variety. It is clear that Kulesh has successfully mined some life lessons and has a precise memory of feeling in these moments and conveyed them very well across the album. The selection is all the better for it's variety and despite this there isn't a weak track on here at all. t.co/sDcjutlEoA

It is a good fusion of English Tradition and Russian Tradition with a seasoning of mystery and poetry. Her singing voice is individual, her writing is burning and emotive, and the imagination of her song writing is unquestioned. She is someone who if you don't know, you should become acquainted as this album is pure efflorescence.
First Review in for Eternal Child. Thanks to Rob Bridge at Redwood.

There’s an aspirational place that many artists strive to reach. A place where the artist truly ‘lets go’ and through the medium of their art exposes their heart and soul to the audience.

In all honesty a lot of artists never get to that place. The reason (I suspect) is that it can be a lonely, vulnerable and sometimes unpleasant place in which to spend any time. The harsh fact is that exposing yourself in this way…laying your innermost feelings and experiences out for everyone else to scrutinise…can get you hurt.

So as an artist it’s easier to play safe. Much easier to produce something that you think people will like and keep yourself sufficiently detached from the subject matter such that, whilst it might make for a nice tune or an interesting story, it’s unlikely to cause you any collateral damage as a human being (a bad review at worst).

But for those brave enough to strive for that place of transparency…that place where despite the risks, you allow the audience a glimpse into the innermost ‘you’…there’s a chance of creating something, well, magical.

All this sounds very ‘arty’ (and frankly quite un-redwood like…I’m not generally known for talking about emotional connectivity with music), but in truth it’s what I found myself reflecting on when I listened to Daria Kulesh’s debut album ‘Eternal Child’. The singer-songwriter originally from Russia has already achieved UK folk scene acclaim as vocalist in the band KARA…and based on this album is set to achieve similar acclaim as a solo artist.

In Daria’s own words…

“This album took a long time coming. I guess autobiographical, even intensely personal, first albums are rather common. What (hopefully) makes this album different is the story itself and the way it’s deeply rooted in childhood as a sanctuary, as a state of mind, as a reference point, as an object of deep longing.
From childhood memories to brutal loss of innocence, from chance encounters to life-defining love stories, from the tragic to the routine, from the fragile to the enduring, this is my story….”

Well, that certainly resonates. Listening to the album I absolutely had the sense of experiencing someone’s life-story, so much so that at times I felt that I could be listening to a west-end musical. There are recurring themes in here, the relative ‘safety’ of childhood being one of them. There’s drama, emotion, brighter moments, more drama and just a tad of darkness. Bright and breezy background music this certainly isn’t, but as a body of work capable of taking the listener on an emotional journey, I can only summarise it as a resounding success. Daria’s vocal is distinctly wonderful throughout.

For me the effectiveness of the collection is underpinned by the quality of its arrangement, recording and production. There’s enough there to help weave the drama that befits the subject matter, but there’s also the right amount of ‘emptiness’ to allow Daria’s beautifully articulate vocal to tell such captivating stories. Full marks to Ben Walker and Lauren Deakin Davies for a tremendous job in producing tracks on the album and kudos to all the musicians who performed on it…Ben Walker, Lauren Deakin-Davies, Luke Jackson, Kate Rouse and Kaity Rae all feature.

High points? The theatrical opening track ‘Fata Morgana’ is an excellent scene setter for the album with echoes of Eastern European verse overlayed on a piano and acoustic guitar. Incidentally if you don’t know what ‘Fata Morgana’ means (I didn’t…I had to look it up), it’s ‘an unusual and complex form of superior mirage that is seen in a narrow band right above the horizon’. There’s little in the way of superfical lyric on this album…

‘Right Here’ (a beautifully moving acknowledgement to the ‘Eternal Child’ concept), the bitter-sweet love story of ‘Tamed’ and the wonderfully descriptive ‘Fake Wonderland’ are all stand out moments for me.

So if you hadn’t gathered by now, this is a definite ‘recommend’. The album will be launched on 31st January through Folkstock Records…expect plaudits amongst the folk blogging community. If you want to be on the front foot, pick up a copy of the album at the earliest…" Rob Bridge, Redwood.

Second Review
"This is possibly the most raw and unashamedly revealing collection of songs I’ve heard in a long while. That said, it’s not a gushing exercise of self-indulgence, it’s a set of powerful and intensely direct narratives that reach out to touch, and that touch goes deep...The faultless production that releases this album’s soul for all to hear is the work of Ben Walker and Lauren Deakin Davies.

With her band Kara or as a solo performer, Daria Kulesh always delivers lyrics that expose untainted sincerity with a voice that pours out their spirit, through ‘Eternal Child’ the source of those words is revealed. If there’s an album to buy this New Year, this is it.". Tim Carroll, Folkwords www.folkwords.com/latestreviews_93060.html

Third Review
"an album that rewards repeated listening and will be near at hand for quite a while".Dai Jeffries, Folking.com folking.com/daria-kulesh-eternal-child-folkstock/

Fourth Review
"Daria Kulesh has one of the most distinctive and instantly recognisable voices on the folk circuit. Her hauntingly refined and precise singing has an element of the operatic and as you listen she seems to have an ability to evoke images within your psyche which are not yours" Danny Farragher, Folkall Blog folkall.blogspot.co.uk/2015/01/daria-kulesh.html

Fifth Review ( exerpts from FATEA Magazine's review)
The majority of the music on the album is provided by Ben Walker, who also did most of the recording, mixing and producing. He plays a wide variety of instruments, including accordion, ukuele, keyboards, bass, guitar and mandolin. Daria is also joined on "I Watch The Snow" by her fellow Kara band member, Kate Rouse, playing an absolutely beautiful instrument called a hammered dulcimer; by Kaity Rae, playing cello on "Fake Wonderland", and by Lauren Deakin-Davies who plays guitar on "Butterflies" and "Fake Wonderland", keyboards on "Fake Wonderland" and a role in production.

She is also joined by a certain talented singer songwriter from Kent, Luke Jackson, (just awarded Fatea male vocalist of the year), who provides backing vocals and guitar on "Cracks". All told, a very talented group of musicians, playing some very beautiful music.

As well as writing and singing, Daria shows that her talents don't just stop at music, as she designed all of the album artwork as well. Her hair is streaked with die the colour of autumn leaves, so virginia creepers feature heavily on the sleeve but I particularly like the pregnant guitar on the front. The album comes complete with a booklet containing all of the lyrics, but her singing is so clear, you'll hardly need to look at them.

From the artist :
This album took a long time coming. I guess autobiographical, even intensely personal, first albums are rather common. What (hopefully) makes this album different is the story itself and the way it's deeply rooted in childhood as a sanctuary, as a state of mind, as a reference point, as an object of deep longing.
From childhood memories to brutal loss of innocence, from chance encounters to life-defining love stories, from the tragic to the routine, from the fragile to the enduring, this is my story....

Additional notes are accompanying each track

PS So, we've now reached the end of our journey. Thank you for flying with Air Daria!
As Josienne Clarke said about her own album, "Every moment of my life and every ounce of my being went into it".
That's how I feel about Eternal Child, it was almost therapy to me. So if you actually enjoyed the music, that would make me very happy