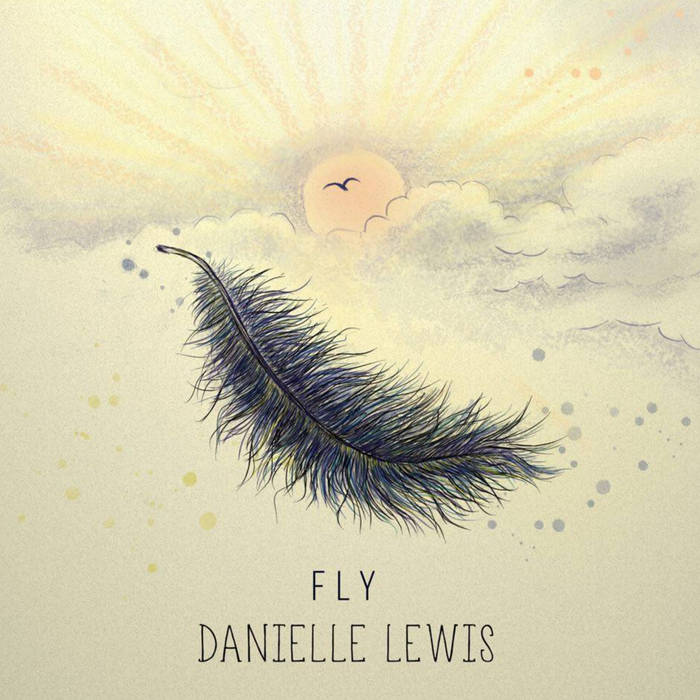 ‘Fly explores the depth of my writing and spectrum of my voice. These songs are a window into growing up on the Welsh West Coast, travelling and evolving as an artist and young woman. I wanted the songs to hold a more mature and organic sound within the songwriting’.

Fly is Danielle Lewis’s third EP and follows a highly popular single release for one of its tracks, Anywhere is Home in the summer of 2016, on Folkstock Records. The EP will be released on 9th November, just before an exciting and prestigious opportunity for Danielle to perform live at the BBC’s Maida Vale studio in London. An AA single for title track Fly and Belong is out on October 21st.

The EP has kindly been funded by Arts Council Wales. It was recorded by Lauren Deakin Davies and Richard Llewellyn, (Paper Aeroplanes) and produced by Lauren.
Gethin John produced Anywhere is Home. Danielle co-wrote West Coast Sun and Along This Time with Richard Llewellyn.

Danielle was delighted to be accepted onto BBC Cymru Wales’ Emerging Talent Horizons Project for 2016. This has not only afforded her the chance to record at Maida Vale but has also enabled her to showcase at The Great Escape in Brighton and Festival No 6 at Portmeirion among others.

The project, run by BBC Horizons/Gorwelion, is provided by the BBC in association with Arts Council Wales. Welsh born and bred, Danielle is a familiar sight on Welsh S4C TV having performed on three programmes, been playlisted on BBC Radio Cymru, and featured as Artist of the Week on BBC Radio Wales. This is in addition to two live performances on BBC Radio 3 as part of Ian McMillan’s The Verb broadcast from The Hay festival earlier this year.

‘There is an invigorating, fresh purity to Danielle Lewis’ music. Her wonderfully clear voice sounds as effortless and uncontrived as Karen Carpenter’s sounds... her songs are timeless folk pop songs that have the potential to appeal across generations, with a similar melodic feel to that of Taylor Swift or Lucy Rose’ Horizons Wales.

Danielle’s first EP was called Paper Hearts, released in 2013, this was followed by a bilingual EP called Dreams Grow in 2015, from which two tracks were used on a ‘Visit Wales’ online campaign. Danielle is published by Charlotte Church’s company Bounce.
''Danielle’s unique music does something very rare in the singer-songwriter world – she exudes happiness and joy, her songs are light, her smile fills the room. She has a rare and organic natural warmth that shines through the music. Where most wallow, she soars.”
Bethan Elfyn, Project Manager Horizons & Music Presenter BBC Radio Wales