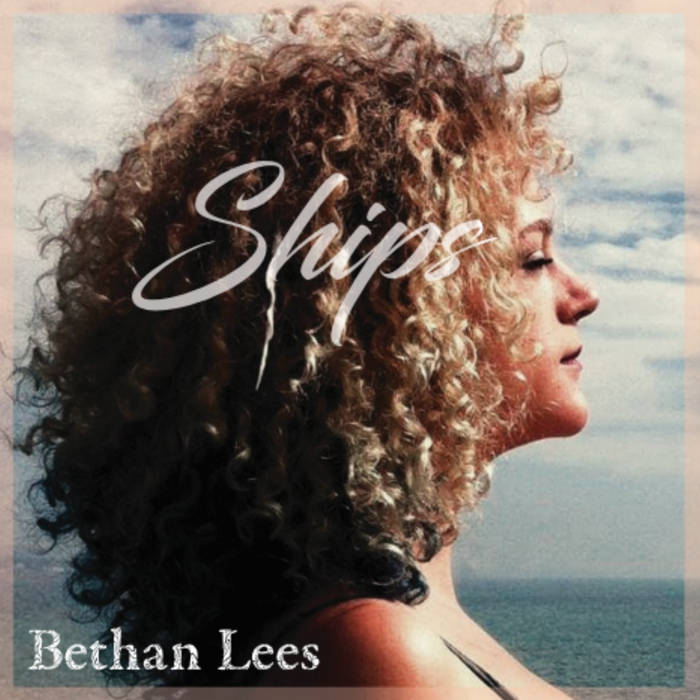 Martin Windmill Great song Bethan. Didn't realise you had such a lovely voice. Nice one x. All the pirates down our way will love it!!

'Every track stands alone and is worthy of release as a single, heralding a future for Bethan as a world class singer-songwriter. She deserves her space centre-stage...a debut worthy of a veteran performer' The Revue therevue.ca/2016/11/17/bethan-lees-ships/

'After listening to the title track below, I think you’ll agree that her days of open mics and busking will soon be over'
www.folkradio.co.uk/2016/11/premiere-bethan-lees-ships/


DEBUT recordings on this EP from Sussex based singer songwriter, Bethan Lees.
Folkstock Records are proud to announce the release of the debut EP, Ships, from Bethan Lees, on November 25th 2016.
Bethan has been working in the festival circuit all over the UK for the last two years. Involved in stage management, she has been absorbing new music and when she gets the opportunity, performing at open mics and busking in the pubs and towns of Sussex.
After leaving school she became a full time dance teacher but is now turning her attention to performing her own music and these tracks are her first professional recordings.
“I come from a musical family and I've always hung out with creative people. I am surrounded by musicians and have enjoyed living an alternative lifestyle making music with crazy, wonderful people. I started writing and playing my own songs with this group of friends at my local pubs jam sessions and open mics. I've spent a few summers travelling around festivals, jamming with bands and soaking up the vibes which has influenced and inspired my songs. I guess you could say I'm a pretty free spirit”
“Working with Lauren was absolutely wonderful as she was able to keep all my original ideas and advise me on things that would make the tracks sound better. I'm really happy with outcome of 'Ships' we were really able to bring my creations to life and for that I'm so incredibly grateful! The EP has a range of genres and styles. I have been deeply influenced by numerous different genres and I hope that can be heard when listening to the tracks. This EP is an eclectic mix ranging from eerie sea shanties to cheerful bouncy folk with even a Latin influenced track. All my thanks and gratitude to Folkstock records and Lauren Deakin Davies for making this all happen. A million thank yous to Ben ‘Zimmer’ Stephen and Tom Bailey for playing on the tracks, it was a real privilege to have two such talented musicians wanting to get involved with my music.”
Bethan can be found on her facebook page which is www.facebook.com/bethanleesmusic/ twitter @BethanLees
For more information please contact Helen Meissner at Folkstock@hotmail.co.uk www.folkstockrecords.com

Produced by Lauren Deakin Davies, these tracks were written and performed by Bethan Lees with a little help from her friends. Ben Ziehm-Stephen; drums, Tom Bailey; double bass and cello. With additional vocals from Emma McGrath on Sleep