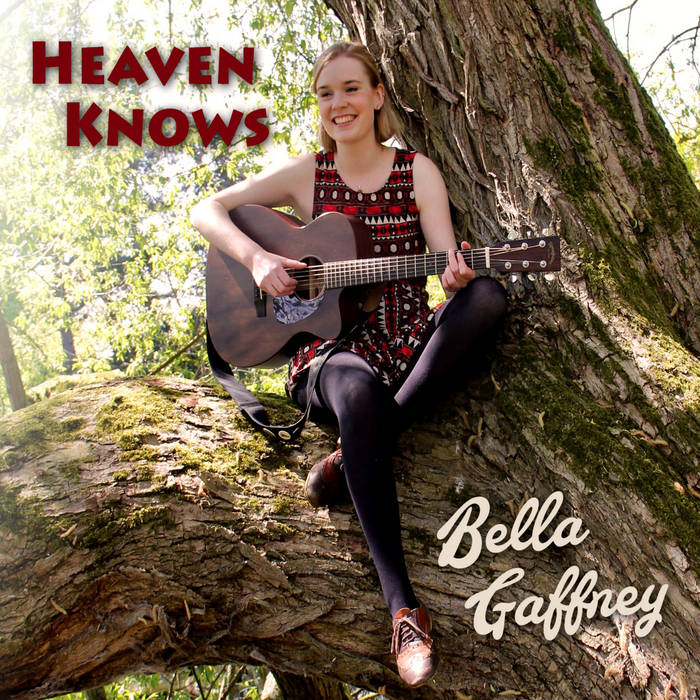 Daz In The Hat

'A fine singer songwriter from Yorkshire Bella Gaffney, saw her in concert and really liked what I saw. Bella is also a really fine guitarist, great technique, a lot of percussion, a lot of tunings, she really knows her way around the instrument' Mike Harding (who played Cocaine on his Folk Show 9th July 2017)

'There’s a wealth of creativity within the embrace of ‘Heaven Knows’ ... a freshness that makes the difference and sets it apart from ‘the rest’....Just sometimes there’s that moment when an album opens that you know you’re compelled to listen at the expense of anything else. Everything about it is supremely attractive ... the music, the voice, the arrangements, the songs ... all combine to hold you...the latest encounter is ‘Heaven Knows’ from Bella Gaffney.' Tim Carroll, Folkwords www.folkwords.com/folkwordsreviews_104515.html


Folkstock Records are delighted to release this new album from Yorkshire singer songwriter Bella Gaffney, Celtic Connections Danny Kyle winner in 2016. Her first since 2013, then aged 19, Heaven Knows marks a significant development in terms of production and song style and is presented as a digipack with a booklet.

"Stunning performances...steeped in tradition and oozing talent, her folk songwriting and performances will take her far." NottsAboutMusic

"Her treatment of the more well-known songs in her extensive repertoire is refreshingly different, and some of her own songs have a direct relevance to places and events of contemporary interest." Topic Folk Club

Splitting her time between Bradford and York, Bella has played at a great many folk and music festivals over the last few years, including Celtic Connections, Beverley, HebCelt, ButeFest, Dent, Holmfirth, Otley, Southwell, BAAFest, & Filey to name just a few. She regularly supports international acts at Bradford’s prestigious folk venue SaltaireLive, and has done the same at a variety of venues around the country. We hope this new album, produced by Lauren Deakin Davies, bring Bella’s music to new ears and is welcomed by those who already appreciate her varied material which confidently blurs the folk, singer songwriter and roots boundaries.
About Heaven Knows in the artists’ words.
My new album ‘Heaven Knows’ is a collection of mostly original songs written in the folk and acoustic style. Compared to my last album it has bigger arrangements, with guests from some great musicians I have met through gigging - including the wonderful Nick Hall and Chris Elliott. I was very excited to be approached by Folkstock, a great independent label that supports developing acoustic artists. I’m particularly excited to be working with producer Lauren Deakin-Davies, I loved her work with Kelly Oliver and Kate Dimbleby. We had a really fun time messing around, recording the songs together! Recording this album with Lauren has allowed me to experiment in both production and song writing – from the development of new guitar techniques, to new, bigger arrangements.